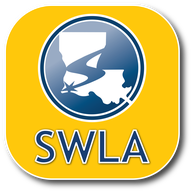 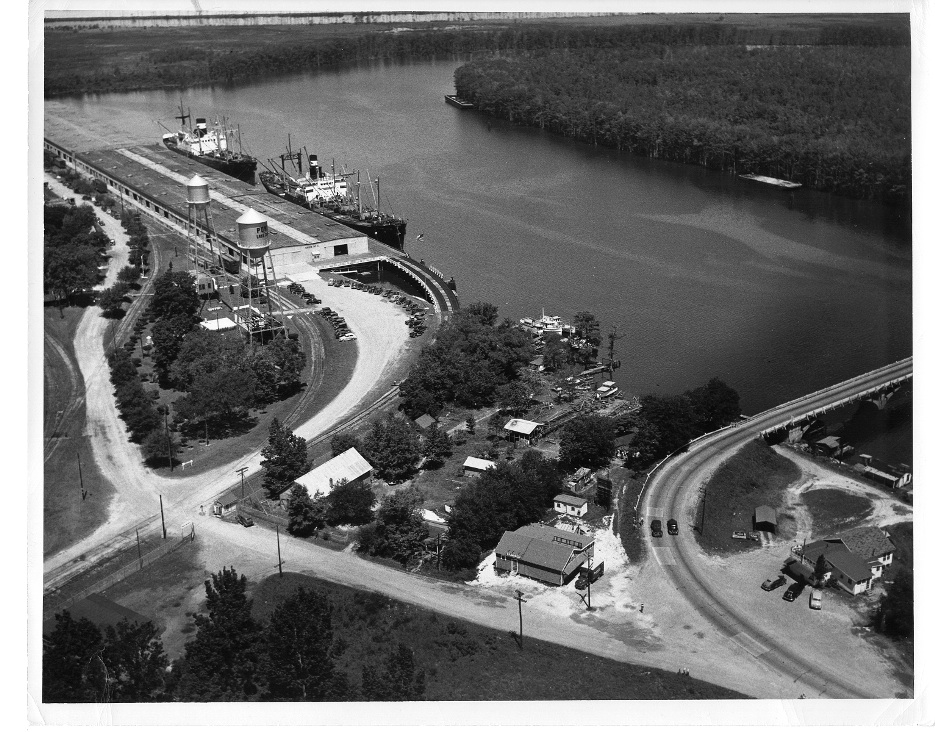 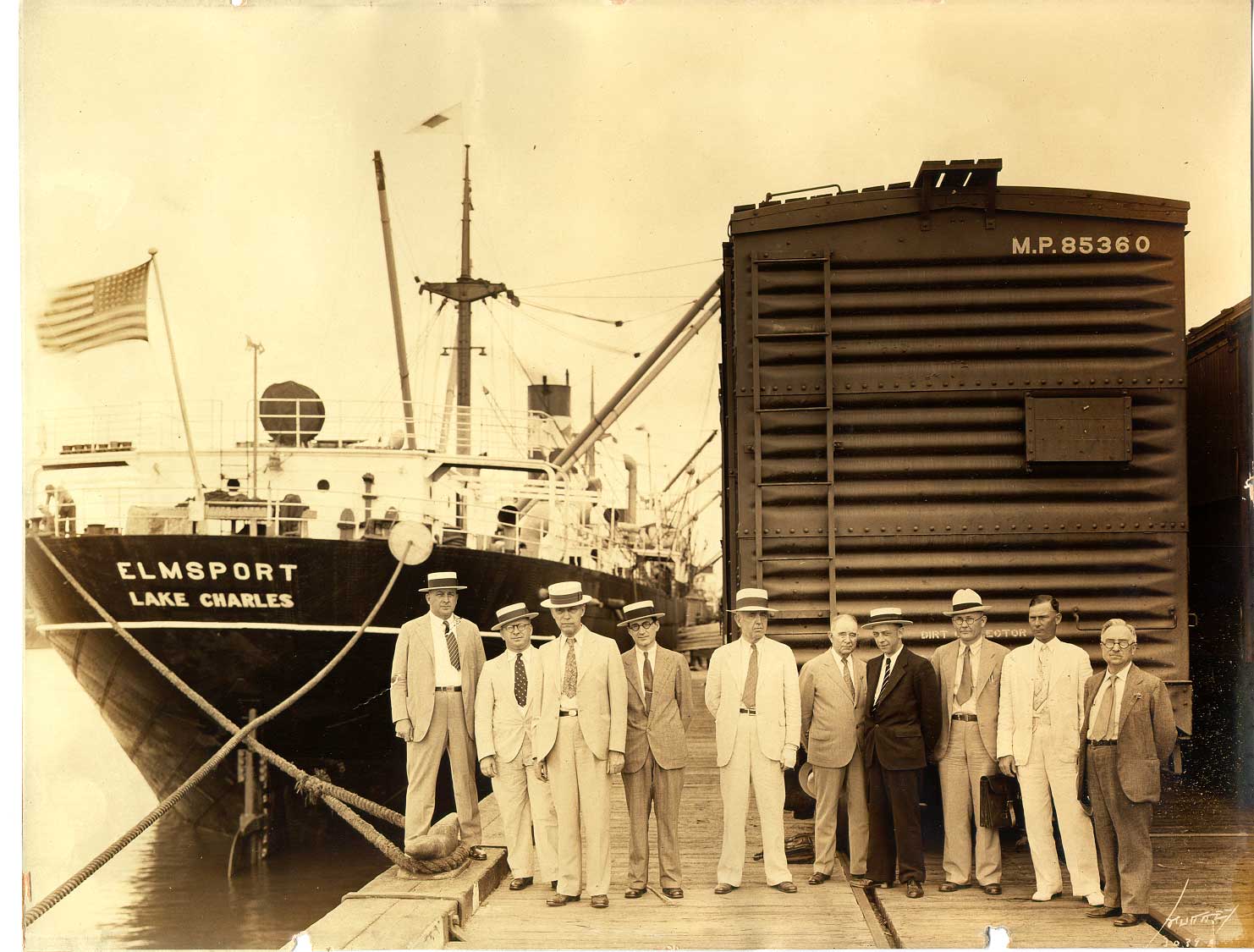 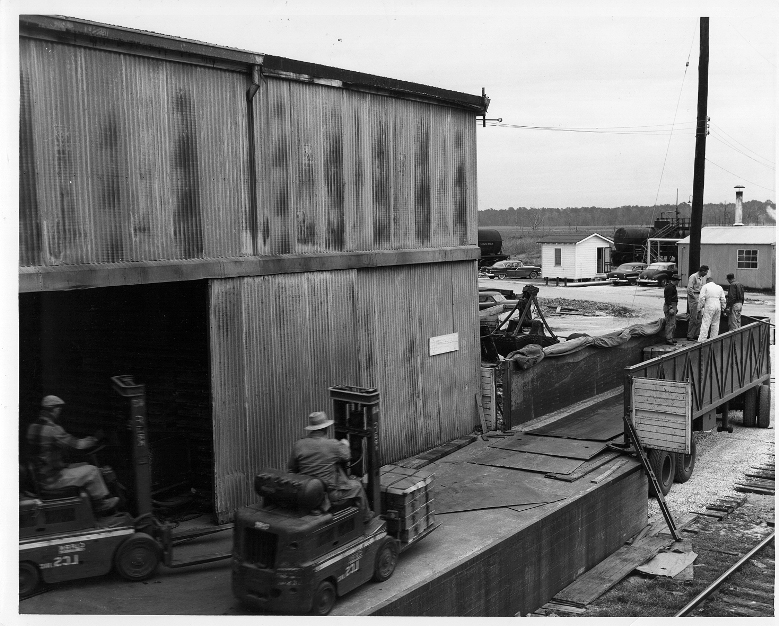 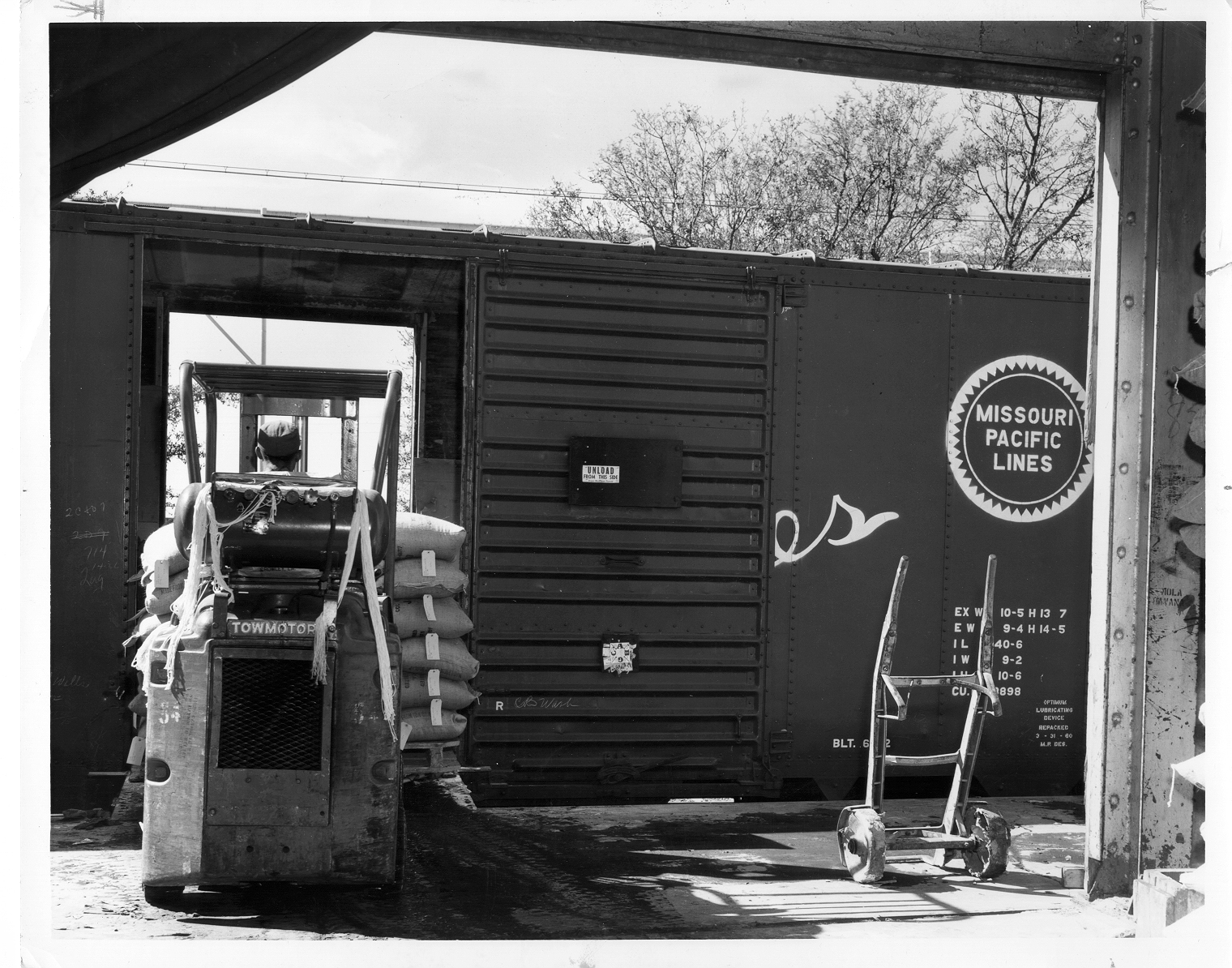 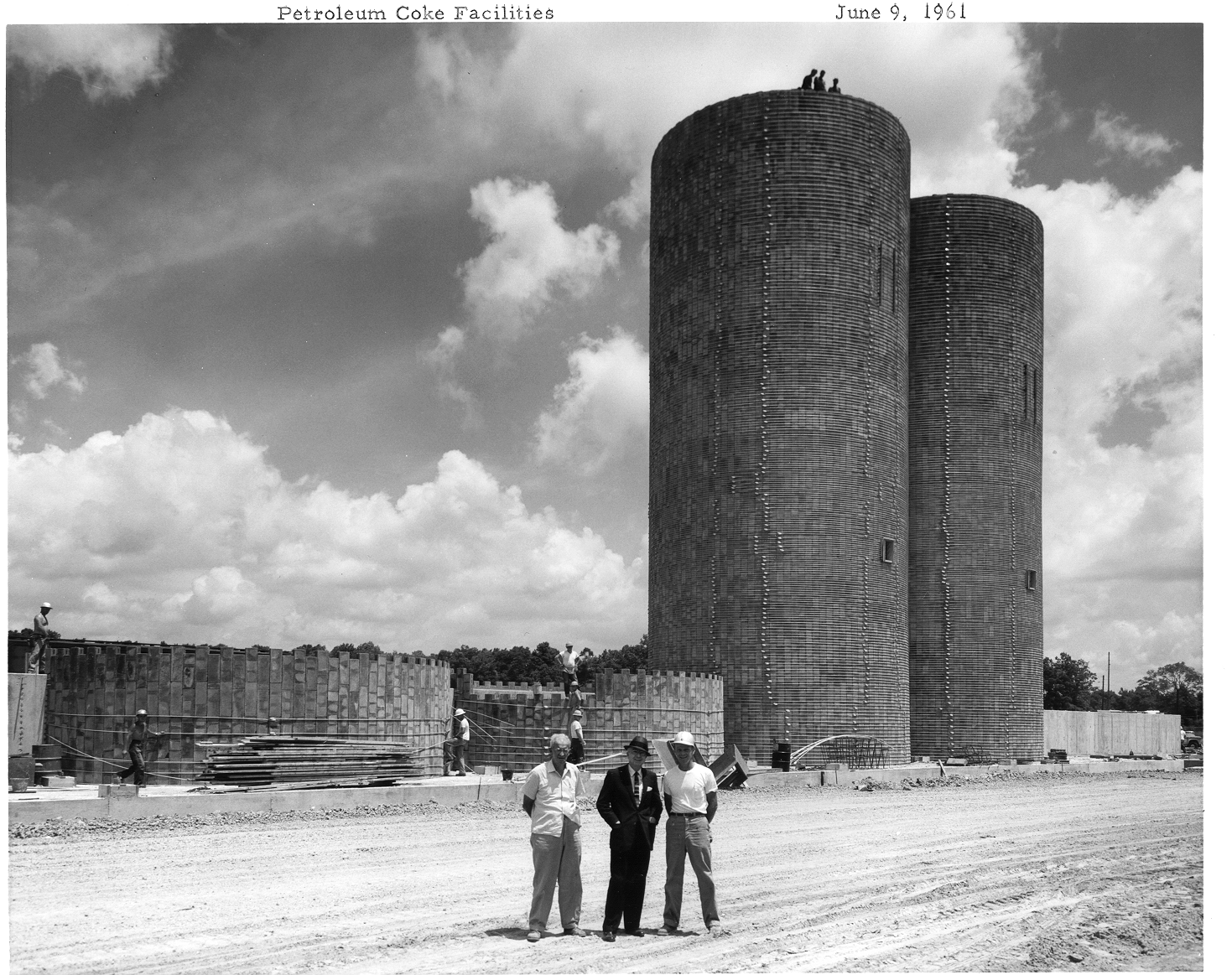 History of the Port

Passage to the Sea: The History of the Port of Lake Charles

In Lake Charles, Louisiana, during the late 1800s, the lumber business was booming. Agriculture was thriving. Commerce was moving on the waterways.

Business and community leaders petitioned the War Department in Washington for a deeper channel to move traffic on the Calcasieu River. Their pleas went unheeded. As early as May 18, 1879, the New Orleans Picayune, in an article titled “Lake Charles Proposed as Port of Entry,” wrote of plans of the Lake Charles area to become a mecca for oceangoing vessels. Congress authorized a deputy harbor tax collector for Lake Charles in 1880, but one did not arrive until 10 years later when he established an office at Calcasieu Pass.

Lake Charles has been a port of call since the early 1800s for sailing vessels navigating the shallow river to pick up cargoes of lumber. In the late 1800s, cuts were made in the sandbars in the Calcasieu Lake, resulting in a dredged channel 70 feet wide and 7,500 feet long.

The ending of the Civil War in 1865 created a tremendous demand for Louisiana lumber to rebuild the war-torn south. With the greater demand, came the need for greater access to sawmills that sprang up in Calcasieu Parish following the war. By the turn of the century, the lumber industry was declining to be replaced by a rapidly growing rice industry. The decline in the lumber industry came about in part because of the lack of marine transportation on the Calcasieu River. Sandbars made the river impassable to all but shallow-draft schooners. The lumber industry dropped, but the booming rice industry still created a need for waterborne transportation from Lake Charles to the Gulf of Mexico.

The Intracoastal Canal connecting the Calcasieu and Sabine rivers had been completed in 1915. The canal was 20.5 miles long, 12 feet deep and had a 90-foot bottom width. Southwest Louisiana business leaders saw this as an opportunity to open Calcasieu Parish for commerce. In 1921, the Louisiana Constitution was changed. Under provisions of the 1921 Constitution, Police Juries were authorized to fund and initiate public works projects. By act of the Louisiana Legislature the same year, the Calcasieu Parish Police Jury was authorized to call a bond election for the dredging and widening of the Calcasieu River and Lake and for the procurement of rights of way.

By Act 67 of the Louisiana Legislature of 1924, the Lake Charles Harbor and Terminal District was authorized. This authority was confirmed by Constitutional amendment the same year. Enabling legislation authorized the District to call bond elections and to raise funds for the construction, operation and maintenance of port facilities. The legislation also provided for a Board of Commissioners appointed by the governor.

They quickly began the monumental task of building a terminal facility.

On April 1, 1925, Commissioners met with representatives of Southern Pacific, Kansas City Southern and Missouri Pacific (the three rail lines then serving Lake Charles) to discuss facilities and the role the rail lines would play in the future of the Port of Lake Charles.

Over the following months, the Board determined the type structures they would need, wharf and docking facilities and other equipment. Funding the projects and finding a location became the next consideration.

In August of 1925, the Board authorized levying a 2.5-mill ad valorem tax to cover operating expenses. The Board also authorized its engineer to begin the search for a location for the Port facilities.

The Board voted  to acquire property bounded by the Calcasieu River and Contraband Bayou known as the Walnut Grove site. In September 1926, H.J. Luhn became the first port director. By October, the transit sheds had been accepted as complete and the Port Director was authorized to lease space not to exceed 100 feet by 70 feet for storage of rough rice at a rate of $.05 per sack per month, space permitting.

On April 2, 1926, the S.S. Sewalls Point tied up at the Kelly-Weber docks in Lake Charles to discharge 8,205 tons of fertilizer and canned goods with a value of $102,837.56. The Sewalls Point was the first oceangoing vessel to bring cargo to the newly authorized Port. Construction of facilities for the emerging Port was still under way and the official opening was months away, but Lake Charles business and community leaders hailed this as the beginning of a new era of prosperity for the Lake area—an era that would see the growth of seagoing vessels steaming up the ship channel to the dock in Lake Charles.

On November 30, 1926, their dream was realized with the formal opening of the Port of Lake Charles. The United States Navy vessel U.S.S. Cleveland was docked at the newly constructed wharves of the Lake Charles Harbor and Terminal District for opening-day ceremonies. Its destination was Bluefields, Nicaragua.

In all, ship and channel improvements had cost $5 million. The newly dredged channel was 75 miles from the Gulf of Mexico. The trip to the Gulf through the Sabine River was 150 miles long. The Port opened with two transit sheds and a creosote timber berth. The berth was 824 feet long and 111 feet wide. The transit sheds were steel-frame buildings covered with sheet iron, with a composition roof. Each shed measured 300 feet long by 70 feet wide. The berths and sheds included two rail lines on the apron designed for handling cargo direct from cars to ship. Depressed tracks on the land side allowed for unloading cargo into transit sheds. The S.S. Southlands was officially the first cargo ship to dock at the newly constructed Port facilities.

The Parish of Calcasieu produced two-thirds of all rice grown in the United States, all within 75 miles of Lake Charles. Cotton acreage increased to 9,000 acres producing 5,500 bales of cotton each year. According to the opening day program, there were three sawmills and eight retail lumber yards in Lake Charles in 1926. Oil was beginning to provide an economic boost to the area’s economy with seven oil fields in Calcasieu Parish producing approximately 7,000 barrels of oil daily.

Lake Charles was flourishing and with it the Port of Lake Charles. Industrial plants, rice mills and lumber mills were springing up an around the area. Lake Charles was seeing a diverse cargo moving through its area, which had become a viable site for industry. It had raw materials, a port and rail service.

Congressman Rene L. DeRouen and Senator John H. Overton led the fight for congressional approval of funding for the channel. In 1938 these efforts were rewarded when the Commerce Committee amended the Rivers and Harbors spending bill to include $1 million for the Calcasieu River Deep Water Way Project. Congress ultimately appropriated $9.2 million for channel dredging and the Calcasieu jetties, and the bill became law when President Franklin D. Roosevelt signed the Omnibus Rivers and Harbors Bill 1938. The bill provided for dredging the channel from Lake Charles to the Gulf of Mexico, a distance of 34 miles, to a depth of 33 feet and to a bottom width of 250 feet. Dredging was completed and the formal ceremony was held July 12, 1941.

Vessels traveling to Lake Charles could make the trip in seven hours traveling both night and daylight hours, and with care could pass in the widened channel. The newly dredged channel and the outbreak of World War II in Europe sparked a second growth of industry in the Lake area. Mathieson Alkali Plant had located in Lake Charles in 1933, ushering in the modern industry in Lake Charles. During World War II, Continental Oil, Cities Service, Firestone, Pittsburgh Plate Glass, Davison Chemical, Dresser Minerals, Citcon, Hercules, Conalco, Certainteed and others built plants along the Calcasieu River in Lake Charles. Ships lined up at the docks to load rice, lumber, walnuts, tires, resin, cotton and numerous other products.

In the 1940s, the Port handled a diverse cargo, including tires and raw rubber to the Firestone plant. The Port also contracted with the U.S. War Department for the storage and handling of military cargo of all types. Walnuts, cotton and resin were some of the products moving through the Port of Lake Charles.

In the 1960s, the Board authorized the construction of Bulk Terminal No.1 on the West Bank of the Calcasieu Ship Channel.